How to Make a Stop Motion Video on iPhone in 4 steps: Tutorial + Pro-tips

One of the oldest animation techniques out there, stop motion is gaining popularity once again – thanks to new age creators and brands who use this technique to add a touch of creativity to their videos and commercials.

Historically, creating stop motion videos was a high-budget and intensive process but nowadays, you can create high-quality stop motion videos right from your iPhone without spending too much money. All you need is a tripod and a good editing app like Filmr.

That is why we’ve put together this article where we will show you how to make a stop motion video on iPhone quickly and easily. Here’s what we’ll cover:

1. What is a stop motion video?

Stop motion is an animated filmmaking technique that makes objects or things in the frame come to life by arranging still photographs sequentially as frames of a video. You get to see the ‘appearance’ of movement by physically placing objects on a set frame and moving them in small increments in between every frame. Once these images are compiled together in a video, it gives the impression of moving objects – which is pretty fun to watch to say the least.

2. How to create stop motion videos on iPhone?

What helps plan it well is noting down your potential scenes in the form of a bullet list or a sketch. A rough storyboard that can range from 10 scenes to a 1000 depending on the concept. Having an idea and a potential sequence of the shots laid out in front of you helps during the shooting, preventing you from missing out on key details.

Scale down your list to the bare minimum if you’re creating your first ever stop motion video. 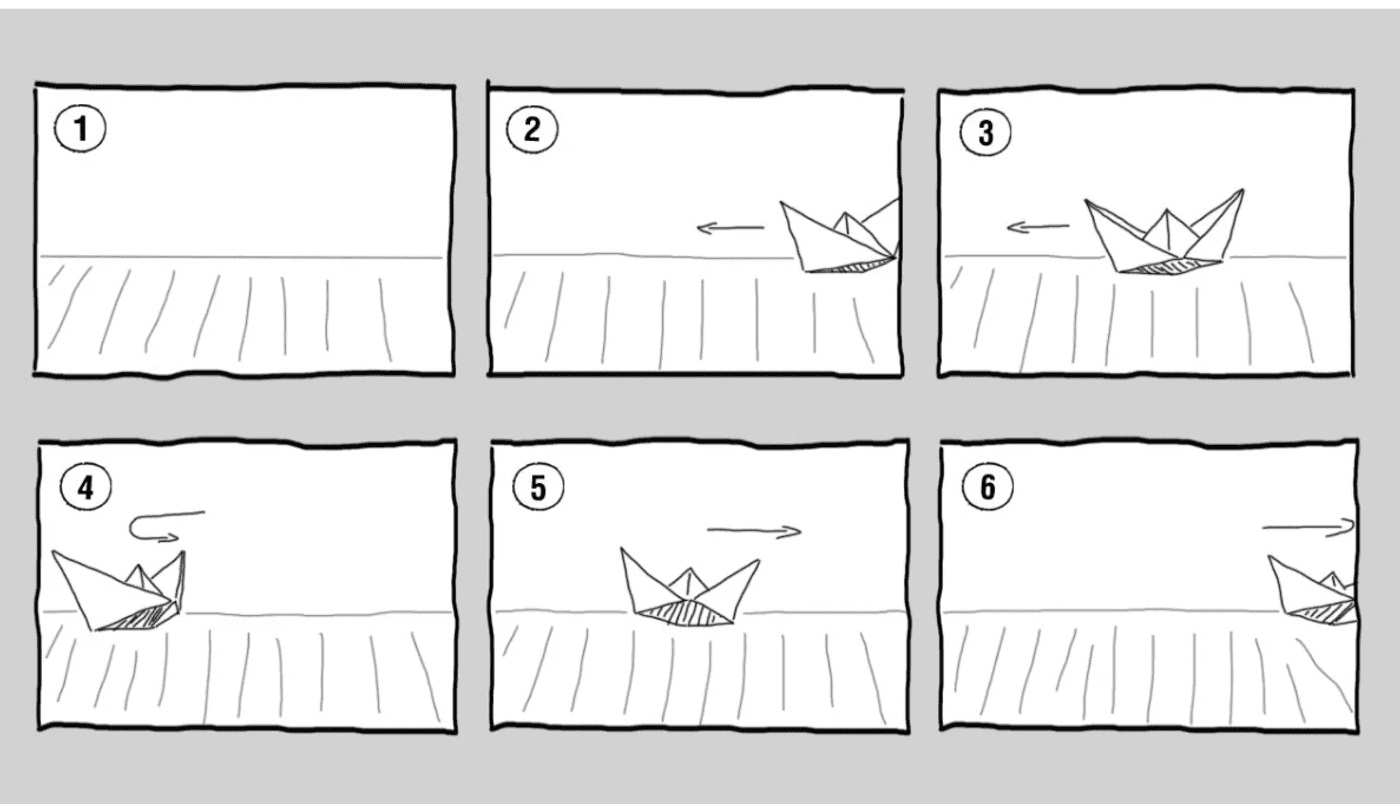 b) Getting the props: Once you’re done penning down your ideas, make a list of the props that’ll be required for your stop motion video. Your prop list will depend on your concept. For instance if you’re making a stop motion for a toothpaste commercial, you’ll probably need the toothpaste, a toothbrush, additional bathroom accessories to name a few. As it’s all about placing products in small increments, it makes sense to also create a list of the objects you’re going to be using.

Once you’ve finalized the concept, it’s time to set up your shot.

a) Maintaining a fixed frame: Your frame is the most important part of your stop motion video. In order to get the best results, it is essential that you fix your iPhone using a tripod so that it doesn’t move during the shoot and you have a fixed frame. If you don’t have a tripod, you can also use a stable surface like that of a table to keep your phone in a fixed position.

c) Background: The third and the final component of framing your stop motion video is the background. Most of the stop motion videos are most attractive when they’re placed on a solid and bright background. That also adds to their animated effect. Yellows, reds, blues are some of the colours that are seen the most in stop motion videos as they give the pop that’s required to highlight the movement. But that doesn’t mean you cannot experiment. Work with a few different colored backgrounds to see what works best for you. But when you’re starting out, stick to a single color so that it’s easier for you to edit.

Now that the frame is set, let’s go ahead and shoot the stop motion video on your iPhone

Step 3:  Shooting your stop motion video on an iPhone

For the best results, we would suggest using a bluetooth remote to capture your pictures as this will prevent you from moving the phone when you manually press the shutter.

a) Set your first scene and get all your props ready.  Here I am using a yellow backdrop with a blue plate and a packet of biscuits for my stop motion video.

b) Take a picture of the first scene by using the bluetooth trigger. My first scene is the blue plate against the backdrop. 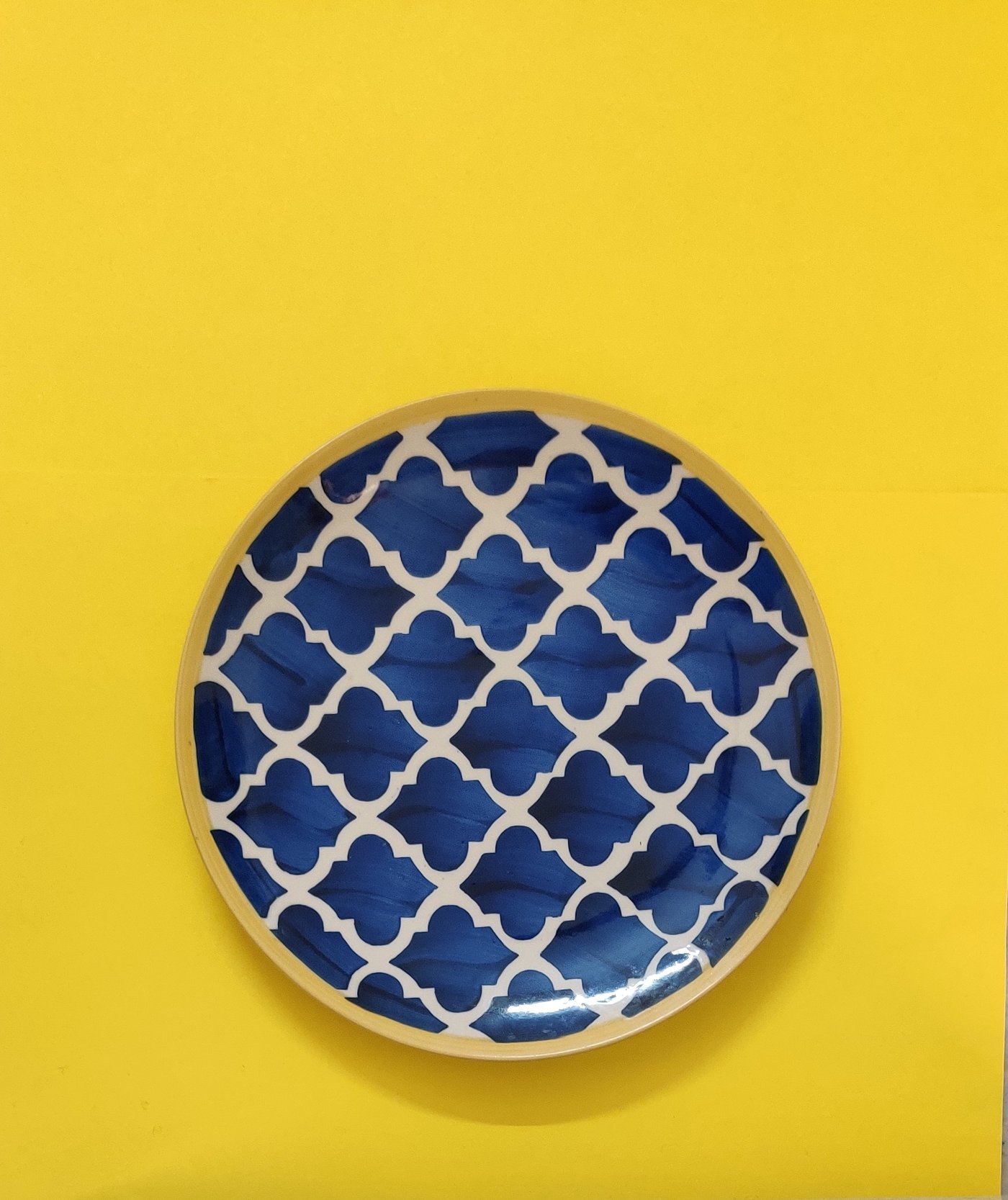 c) Now introduce a small change within the frame. Here I have added a cookie at the top right corner. Take a picture after you’ve made the change. 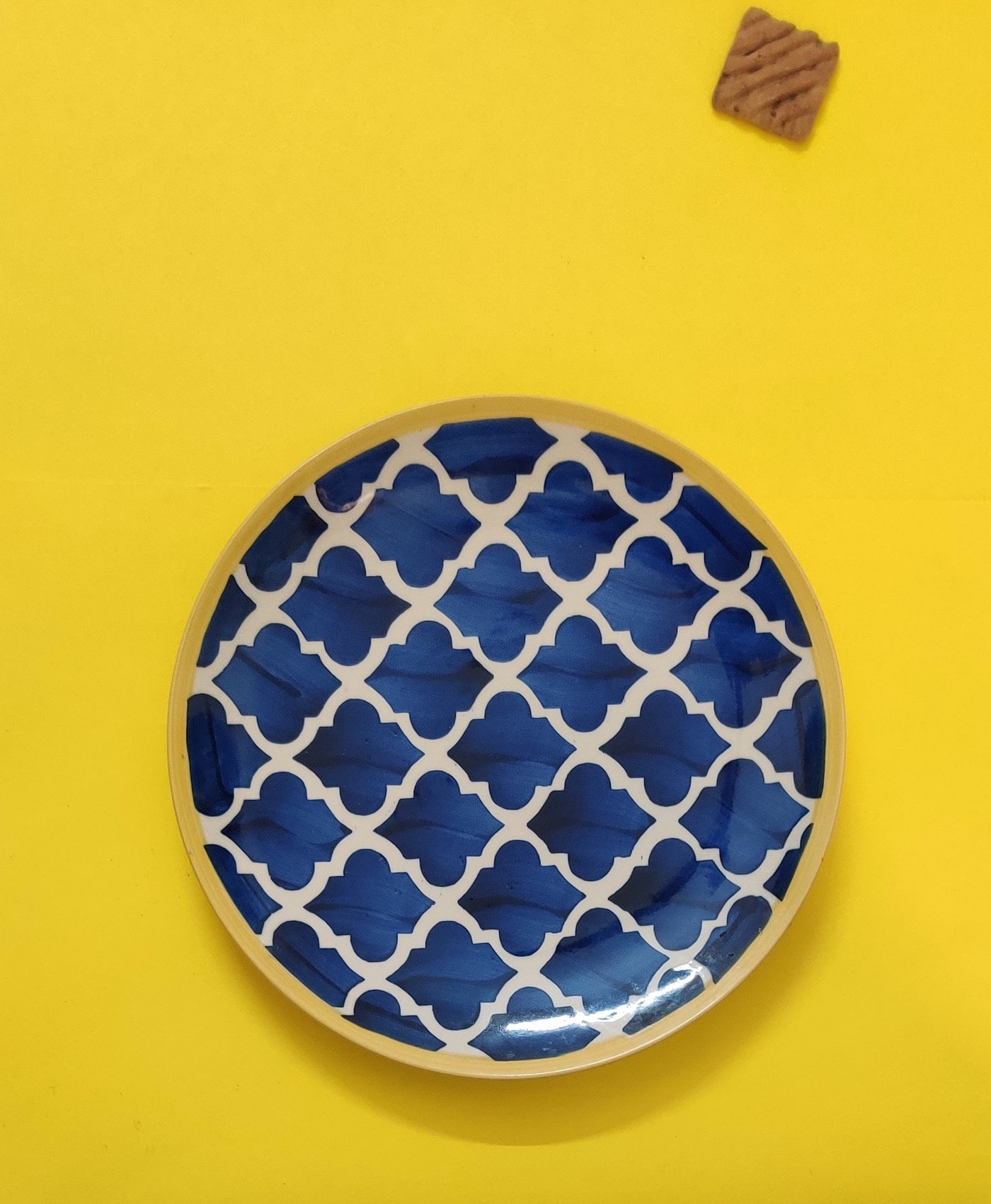 d) Make another small change within the exact frame and take a picture. Here I moved the first cookie a bit and introduced another cookie in the frame. 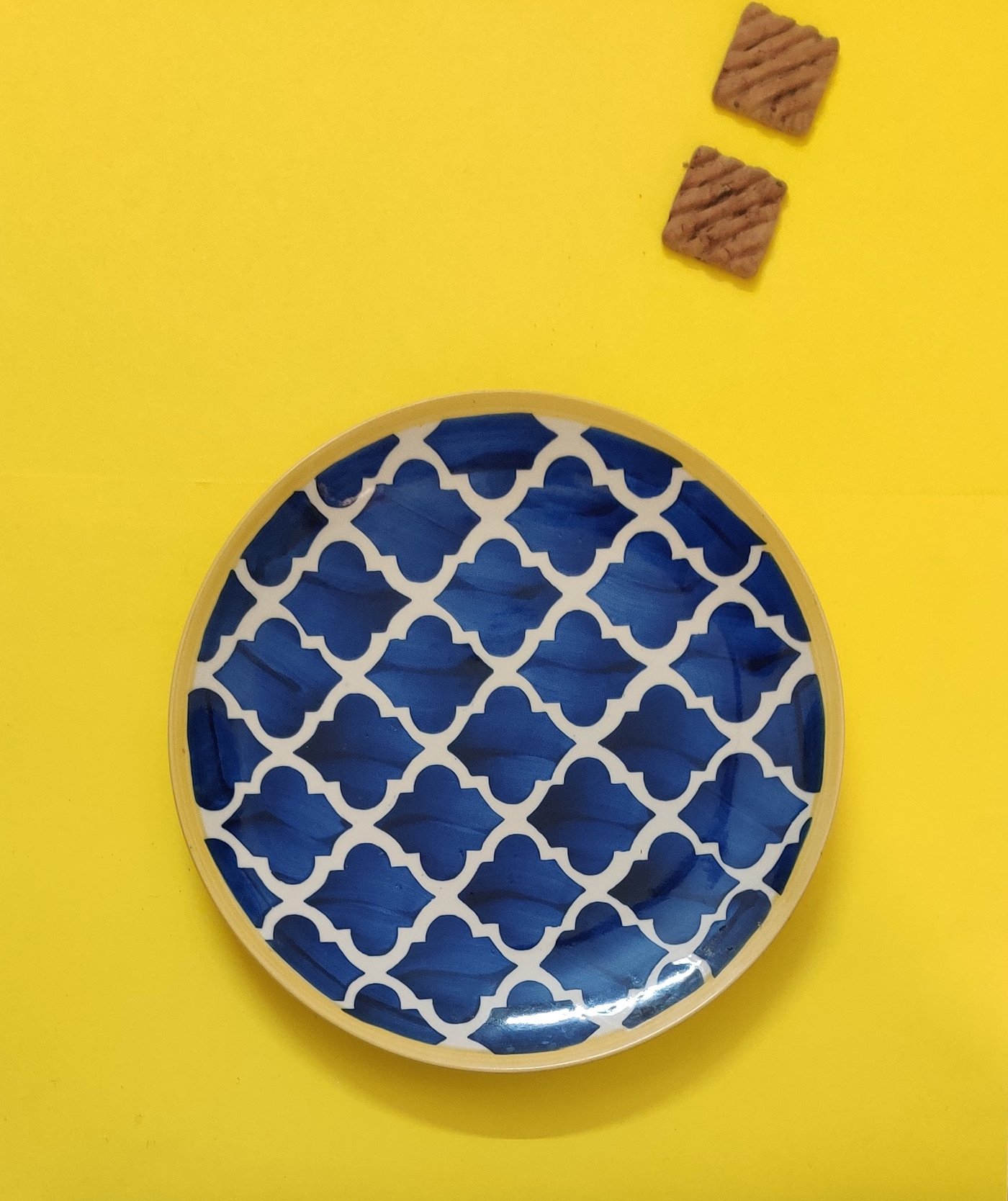 e) Repeat the process as many times as your script requires and keep taking pictures of each small change. 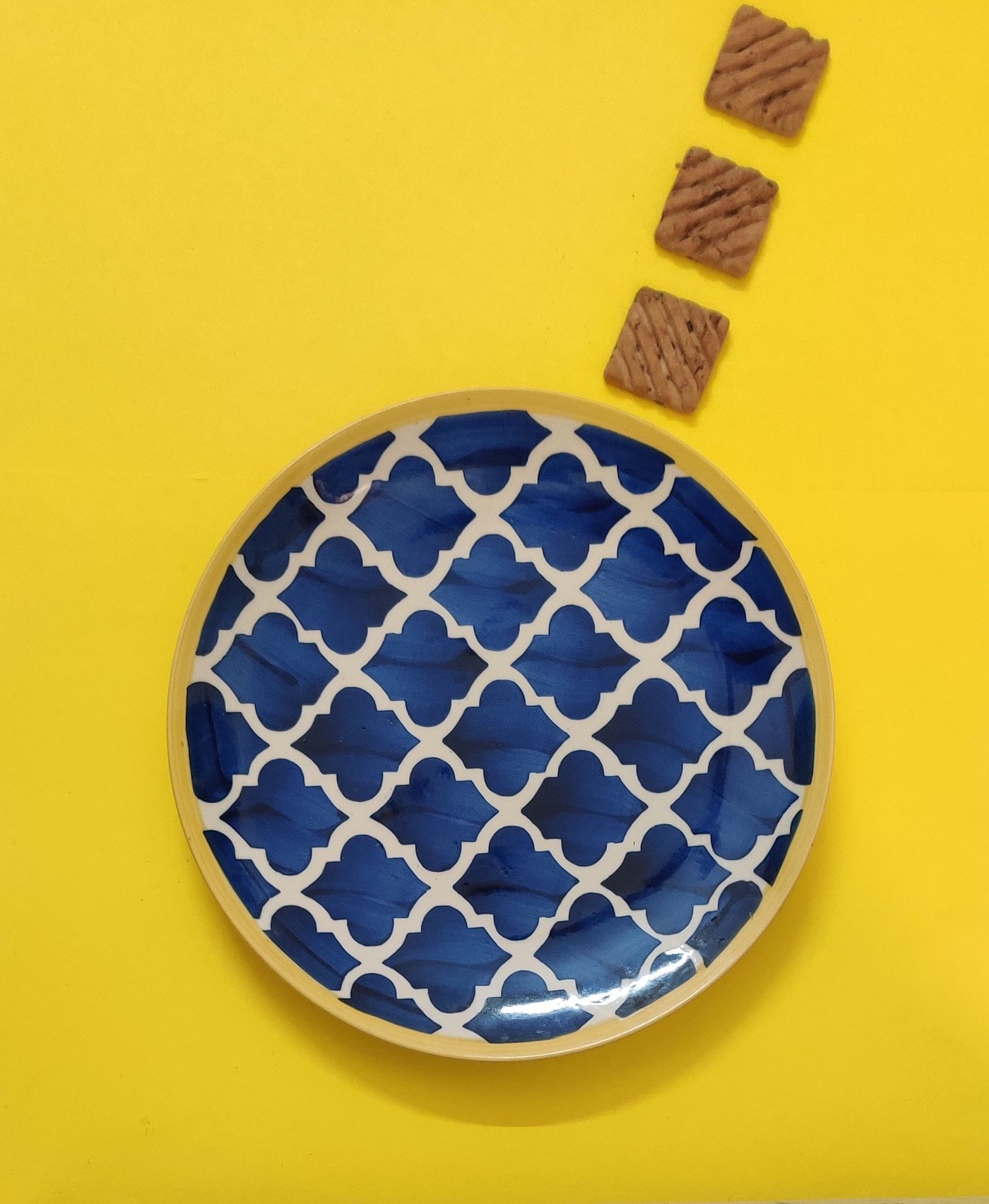 A stop motion video can range from 15 to 600 shots depending on the concept. Once you have all your shots with you comes the next part of stringing them together.

3. How to edit a stop motion video on your iPhone

The Filmr video editing app makes editing stop-motion videos super quick and easy. As there is no limit to the number of photo or video clips that can be added on the Filmr timeline, you can edit a stop motion video of any length.

Here’s how you can do it step-by-step: 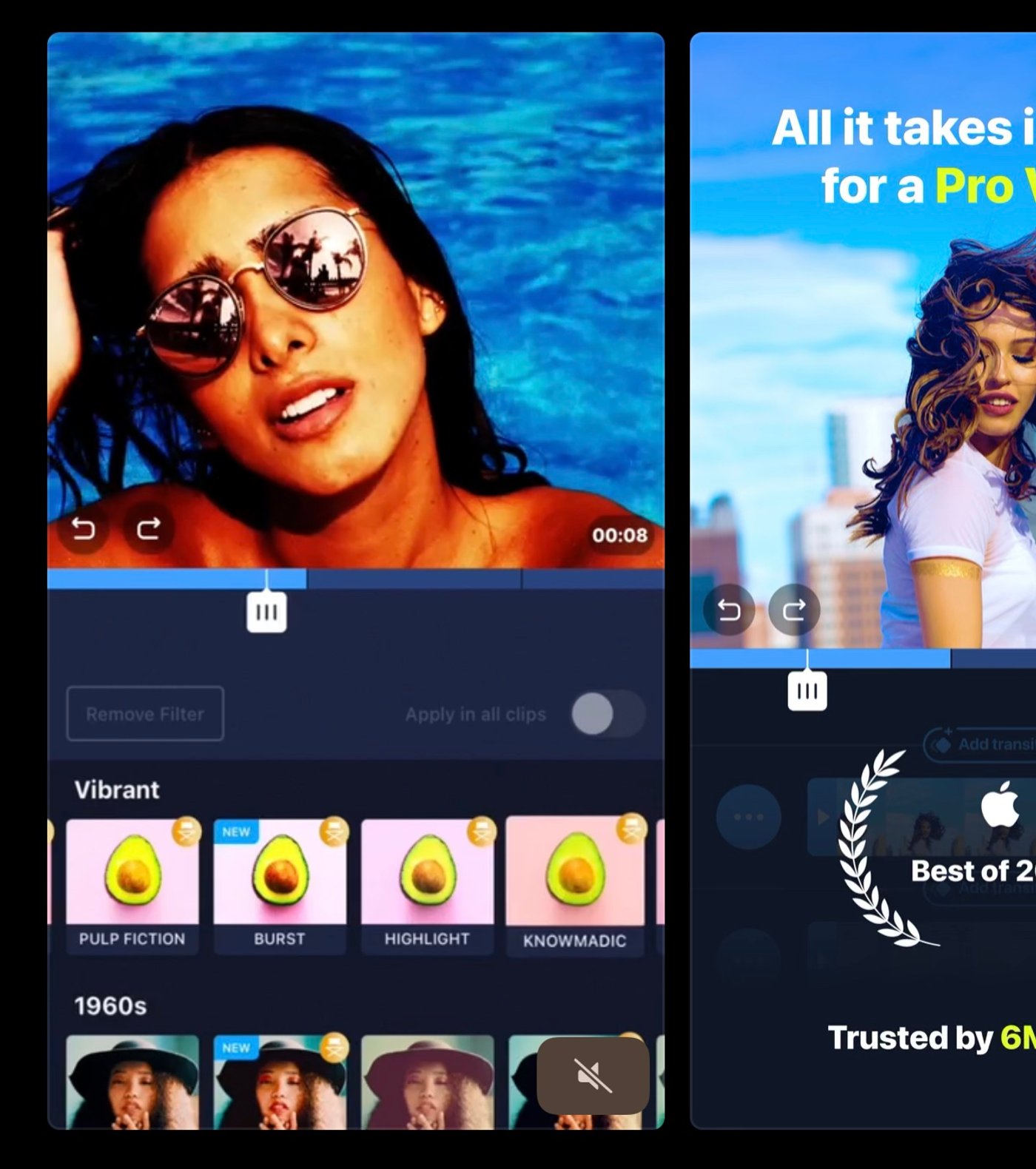 Step 2: Open the app and tap on Camera roll.

Step 3: Import all the photos that are a part of your stop motion story. Do not select them as live photos as that would disrupt your editing flow. 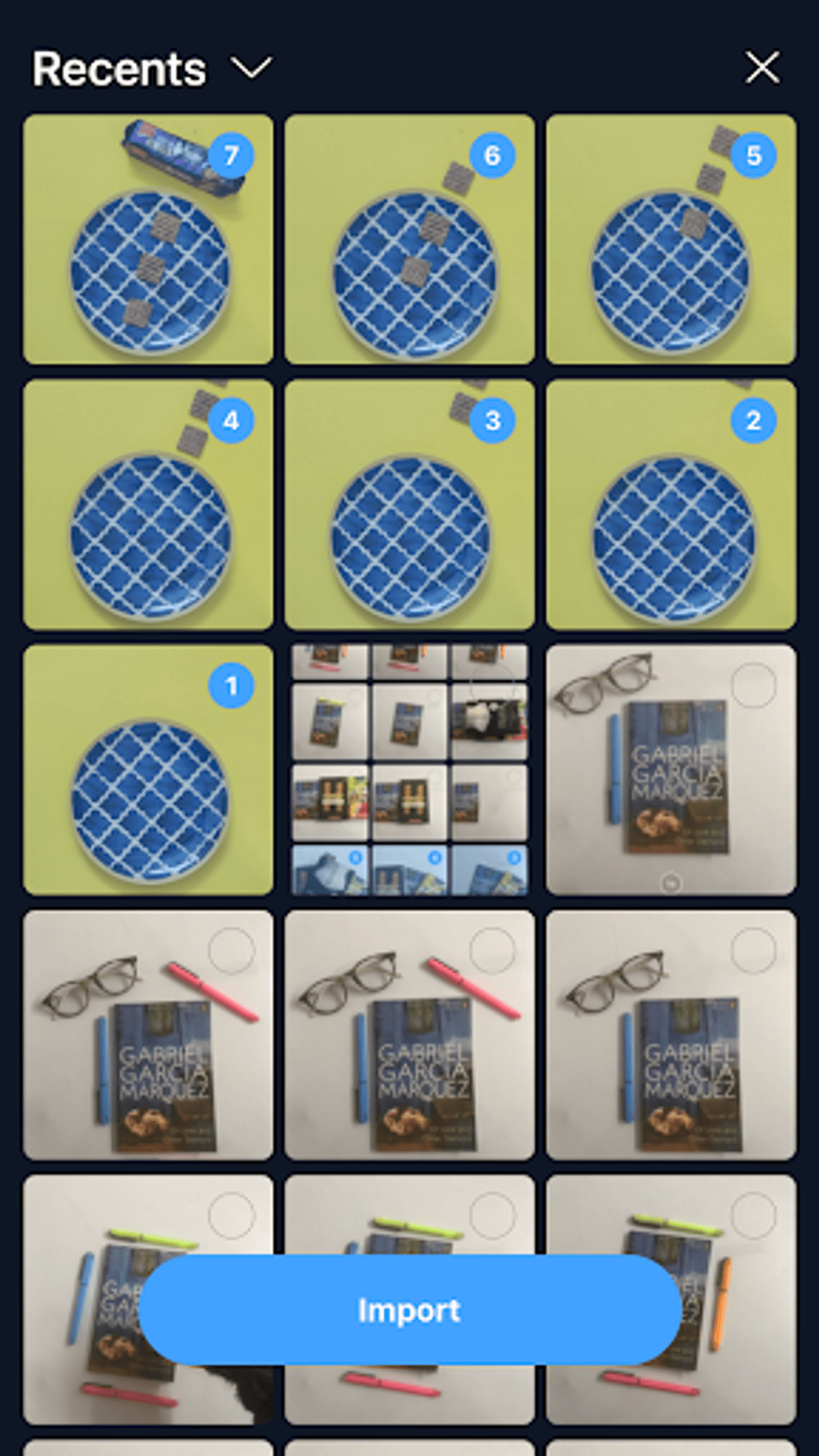 Step 4: Trim the duration of every photo clip so that it’s neither too fast nor too slow. The usual time for each frame is between 0.3-0.5 sec.

Step 5: Once you’ve trimmed the duration of every photo clip, hit play to see how it all looks together in motion.

Step 6: That’s it! You’re done. You can now change the format of your stop motion video by choosing the format option on the top right corner. This will depend on the platform you plan to post this on.

Step 7: Once done, click on the download icon to save your video to your gallery in your preferred resolution. You can also directly post on any social channel.

Voila, you’re done! That’s how to make a stop motion video on iPhone. Now before you go ahead and make your video, here are a few tips you need to keep in mind:

We’ve already covered that you need to keep your camera stable and lighting consistent. But if you want to create high quality stop motion videos on your iPhone, here are a few more things you need to keep in mind while filming and editing:

Tip #1 - Do not change your camera settings

When you’re making a stop motion video on an iPhone, one problem you can run into is the autofocus and auto exposure that adjusts with each shot. This can lead to inconsistent lighting and focus. To ensure this doesn’t happen, lock your exposure and focus by long pressing on the screen and clicking the lock icon.
If you can, use an app on your iPhone that allows you to shoot in manual mode where you can lock in the exposure, white balance and focus.

Tip #2 - Practice before you film your final take

It is super irritating to have to keep retaking your shots if you mess something in the middle. A good way to avoid this is to practice the movement and position of your objects before you actually get clicking. The idea is to get the perfect shot on the first take so that it can save you the headache of having to go back and start again. This is also super useful for shooting stop motion videos for perishable products like food items.

Tip #3 - Make a list of the supplementary props you need

Depending on what you’re shooting, you will require supplementary equipment to move objects around or to support props to make them look more real. A good idea is to make a list beforehand and have these on you when you start filming. For instance, if you’re filming a set of toys and you cannot come into the frame each time to move them because your shadow messes up the lighting, you can use a long wire or stick to move them around.

While stop motion videos became popular with claymation and inanimate objects, you can now apply this technique to pretty much anything. A number of creative advertisements use this technique with actors in the frame – making them move around like animated characters. The best part is that you can bring most of your stop motion ideas to life using just your iPhone and an editing app like Filmr. If you want to check out other iPhone editing apps, head over to this blog.

And if you prefer learning via videos, you should definitely check out our YouTube channel where we share daily video creation tips and tricks, the latest video trends and ideas and help you make more money as a video creator.